Almost all the world is against the Turkish invasion of Syrian Kurdistan; the US, Russia, China, the Arab countries in their recent summit 2 days after the invasion, Iran, Syria, Iraq and even the zionist colony of “israel” …. However, this issue is one of the most controversial matter at the social media and among the activists all over the world, and there have been fierce fight between blind supporters of the Turkish aggression and zealous supporters of the Kurdish freedom fighters calling for free Kurdistan!!

As a leftist, I have all the time supported the Kurdish struggle at the human level and even at the political level to get free and have their own independent country. The PKK freedom fighters were an aspiration for me though they have been considered a terrorist organization by Turkey, the European countries, the US and most of the “enslaved world” that floats within the Western imperialism.

It is hard to understand and draw a clear political stance without taking in consideration the historic, geopolitical and cultural dimensions that shaped the face of the Middle East for decades and even for over a century now.

One can refer and reduce most of the political problems of the Middle East back to WWI and the arbitrary division of the whole Arab and Muslim world by the colonial powers then mainly Britain and France in their Sykes-Picot plot “agreement” to fragment the Arab-Muslim countries among the imperial powers. It is not that simple as “divide and conquer” but deeper into devastate, plunder and block the future of the local people by fragmenting them into arbitrary entities and canton which they called “states” that are dependent on the good-will of the colonial West. 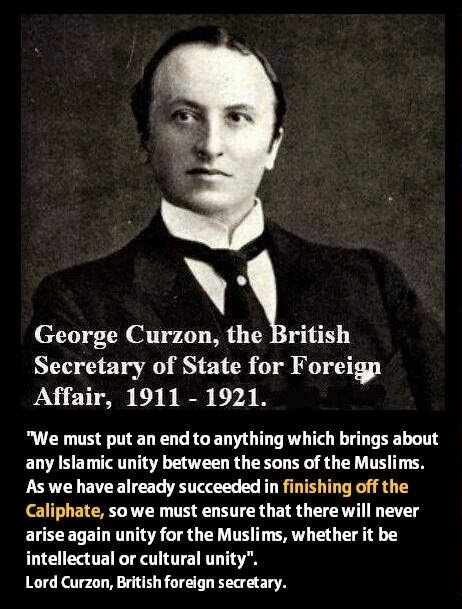 Ironically, the Muslim leader Salah-Uddin who united the Arab-Muslim world and “liberated” Jerusalem from the Crusaders was Kurdish from Kurdistan but not an Arab!! He is still appreciated by the West for his generosity and forgiveness, and adored by the Arabs and Muslims for his bravery and for liberating Jerusalem.

The Kurds are an integral part of the socio-economic-cultural-religious fabric of the region (that if to take the whole Middle East as a whole) but they have their unique characteristics (just like the Iranian nation) if to take them separately.  They have their historic extended culture, national (or at least regional) language and racial integrity.

The roots of the problem

However, to understand the specific Kurdish problem, lets take the whole picture first. lets look at the most three hot spots (and I dont say countries) in the whole Middle East; Palestine, Kashmir and Kurdistan. The geopolitical problem is almost identical in these three spots and the reason was the very same, it is the colonial British arbitrary mapping of the whole Middle East in the Anglo-French plot of Sykes-Pecot. Palestine was given to European “jewish” colonizers in the name of ancient Talmudic heresies, and the result was ethnically cleansing most of the Palestinian natives and replacing them by Talmudic racist EUROPEAN colonizers. Kashmir was arbitrarily split between India and Pakistan while it belongs to neither.

Kurdistan is a nation with its racial roots, unique culture, language and geographical integrity and unity …. BUT, within the colonial Sykes-Pecot plot of WWI, the Kurds were denied independence and their nation and land was arbitrarily fragmented between four countries that are Turkey, Syria, Iraq and Iran. The larger parts of Kurdistan were given by the colonial Briton to both Turkey and Iraq where they were  suppressed the most and revolted the most in their brave and continuous fight for freedom and an dependent state. In Syria (which was the most forgiving) the Kurds were given a kind of lose confederation that respected their language and culture, where in Iran they are a tiny community in both sense of geography and population who were politically inactive.

Under the International Law, in the UN eyes, according to the “international treaties”, and according to the colonial powers (who originally created the problem), the Kurds and Kurdistan are not considered a nation or a country or a state …. and just like the Palestinians and the Kashmiri people, they are considered by the “civilized world” as a gelatinous, shapeless entity of people.

Facing the arbitrary decisions (mapping) of the “civilized people”, Kurdistan, Palestine and Kashmir have faced the very same historic injustice against a world that dont recognize their right to their ancestral land and forces them to accept their fate to live under the oppression of other races, who occupy them DIRECTLY aided by the international law.

Yes, Kurdistan was stolen and given to other nations. Yes, the whole world doesn’t recognize Kurdistan to be a state nor considers the divided Kurds (in 4 countries) to be one nation that has the right of an independent sovereign state on their own ancestral land. This is the very same applies to Palestine and Kashmir where denial and injustice is the rule.

For decades, Turkey was given a free hand to oppress the Kurds under the NATO umbrella. Saddam was given a green light by the “civilized western world”  to massacre and even gas them just because they revolted for freedom and a free independent state, that the world never recognized.

Ironically, the ever greatest Kurdish leader Abdallah Ocalan was abducted by the zionist Mossad in Neirubi and was handed to the Turks to be sentenced to death. Apparently the Kurds, and especially the PKK fighters, have a very short memory.

The PKK is a communist militant part that was established in 1984 to fight for (the internationally denied) free Kurdistan and it was and still operating in the steep and high mountains of east-south Turkey and also into the “Iraqi occupied” Kurdistan. Communist, free and liberal, the PKK gave a central role for women to fight and lead its guerrilla units and hence came the iconic “blonde beautiful” female amazonian fighters, which lots of the Western activist fell for as a  free “anti-Islamic” and especially Anti-ISIS rebellion.

Yes, the PKK lead, armed, funded and renamed by the American boss as the SDF have played some role in fighting ISIS, but I know and fully convinced that who defeated and finished ISIS was actually the Iranian axis of Hizballah-Syria-Iraq fighters. Against all odds the Hizballah faced and chased the Saudi-Wahhabi terrorists of ISIS at the every time these terrorists were armed, funded and logistically aided by the zionists and Americans.

In 2015-16, (trying to face the Hizballah fighters) the zionists were busy trying to open a secure corridor in southern Syria for the ISIS terrorist pushing them into Lebanon. This lead to an Iranian-Hizballah counter attack in which they pushed the ISIS terrorists away. At that time, Iran pushed thousands of the IRGC fighters into south of Syria and especially south of Damascus which terrified the zionists and was almost resulted in establishing the Syrian Hizballah. Parallel and timely, the IRGC forces were chasing the ISIS terrorists in west of Iraq, at the time while the Kurdish SDF were drinking tea with the American (and probably zionist) soldiers at the borders of Turkey.

Turkey doesn’t have the right to invade Syria and kill the Kurds there, it is actually an act of occupation and violation of the sovereignty of other country (Syria). However, the Kurds and especially the PKK fighters renamed by the Yankees as DSF have committed a strategic and historic mistake by affiliating themselves with the Americans who left them a prey to the Turks, but the most dangerous and fatal mistake they did and still doing is affiliating themselves with the zionists. This will not help them in anyway as they are just used by the zionists now the very same way they were used by the Americans.

I believe in free and independent Kurdistan which has been fully and intentionally denied by the colonial western powers, but this goal can be achieved by an agreement and compromise with the neighboring countries but never by those who originally denied your existence and right. By cooperating with the zionists, the Kurds will deepen their alienation and foster not only the regional governmental opposition against them (which is already happening, but it will foster the popular hate against them. You cant cooperate with an apartheid racist occupation to get free. This could explains why the Kurdish issue is so controversial now among the activists.

Over 1m Palestinians under poverty line in besieged Gaza: UN

Hamas Statement on US presidential election

Palestinow's editorial independence is founded by our readers. If you’re able to, please support Palestinow.com.

Twenty years after the second intifada, the struggle still goes on

19th anniversary of the martyrdom of Mohammed al-Durra

US to restore aid to Palestinian people cut by Trump

The Palestinian detainees suspended their hunger strike after 41 days

Know what you eat, drink and wear. Don’t Support Apartheid!!

ABOUT US
PALESTINOW is a news website that provides news coverage of mainly Palestinian events for its readership in the world. It is dedicated to advocating the Palestinian cause. Launched in 2017, PALESTINOW’s mission is to tell the world about the true condition about Palestine. We are dedicating this website to all Palestinians and all Palestinian supporters around the world.
Contact us: bds@islamicgeo.com
FOLLOW US
© All Reserved Copyright by PALESTINOW.com | IYou Care Palestine Foundation
wpDiscuz
0
0
Would love your thoughts, please comment.x
()
x
| Reply