From 1967 to 2005 Israel demolished hundreds of Palestinian homes in the occupied territories as a punitive measure. The declared rationale of the demolitions was deterrence; the authorities argued that harming the property of the families of Palestinians who perpetrated attacks against Israelis or who were suspected of involvement in attacks would deter others from carrying out such attacks. In early 2005 the Israeli Defense Minister adopted the recommendation of a military commission charged with investigating the issue and ordered that home demolition as a punitive measure cease. His decision was made partly in view of the commission’s finding that that the deterrent value of demolitions had not been proven, and that the policy may in fact have the opposite effect. 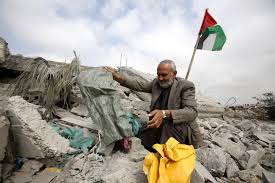 Background on the Demolition of Houses as Punishment

Since 1967 Israel has employed a policy of house demolitions in the West Bank and the Gaza Strip (for the latter: until the 2005 implementation of Israel’s Disengagement Plan from Gaza) as a punitive measure against the Palestinian population. The extent of employing house demolition as a punitive action has varied over the years. The people who bear the brunt of the demolitions are relatives – including women, the elderly, and children – whom Israel does not suspect of involvement in any offense. In the vast majority of cases, the person whose actions prompted the demolition was not even living in the house at the time of the demolition. This could be for a variety of reasons: the person has been defined as “wanted” by Israeli security forces and remains in hiding; is being held by Israel and faces a long prison sentence; or has been killed by security forces or in the course of an attack he carried out.

In the past, Israel has claimed that it only demolishes the homes of Palestinians directly involved in large-scale attacks against Israeli civilians. In practice, over the years, Israel has demolished the homes of Palestinians whose involvement in acts of violence against Israelis ran the gamut from carrying out mass suicide bombings, through involvement in planning attacks to failed attempts on soldiers’ lives.

The official objective of the house demolition policy is deterrence, based on the assumption that harming the relatives of Palestinians who perpetrated, or are suspected of involvement in, attacks against Israeli citizens and soldiers would deter others from carrying out such attacks. Since this constitutes deliberate harm to innocents, it is clear that even if house demolition had the desired deterrent effect, it would, nevertheless, remain unlawful.

In February 2005 a military committee, chaired by Major General Udi Shani, reached a similar conclusion, determining that the efficacy of the house demolition policy as a counter-terrorism tool was questionable, and that it “walked the line” of legality. Then Minister of Defense, Shaul Mofaz, adopted the committee’s recommendations, and the Israeli security establishment stopped using this measure, with the exception of the 2009 demolition of one residential unit in East Jerusalem and the sealing of two others, also in East Jerusalem.

In the summer of 2014, following the abduction of three yeshiva students at the Gush Etzion junction, and their subsequent killing, the security establishment resumed punitive house demolitions. In all demolitions carried out since the adoption of the Shani committee recommendations, no explanation was given as to why these recommendations were disregarded.

UAE dictatorship sells out Palestinian rights through agreement with Israel

Palestinow's editorial independence is founded by our readers. If you’re able to, please support Palestinow.com.

Twenty years after the second intifada, the struggle still goes on

19th anniversary of the martyrdom of Mohammed al-Durra

PA calls for international investigation into Israeli killing of teen in...

The Palestinian detainees suspended their hunger strike after 41 days

Know what you eat, drink and wear. Don’t Support Apartheid!!

ABOUT US
PALESTINOW is a news website that provides news coverage of mainly Palestinian events for its readership in the world. It is dedicated to advocating the Palestinian cause. Launched in 2017, PALESTINOW’s mission is to tell the world about the true condition about Palestine. We are dedicating this website to all Palestinians and all Palestinian supporters around the world.
Contact us: bds@islamicgeo.com
FOLLOW US
© All Reserved Copyright by PALESTINOW.com | IYou Care Palestine Foundation
wpDiscuz
0
0
Would love your thoughts, please comment.x
()
x
| Reply